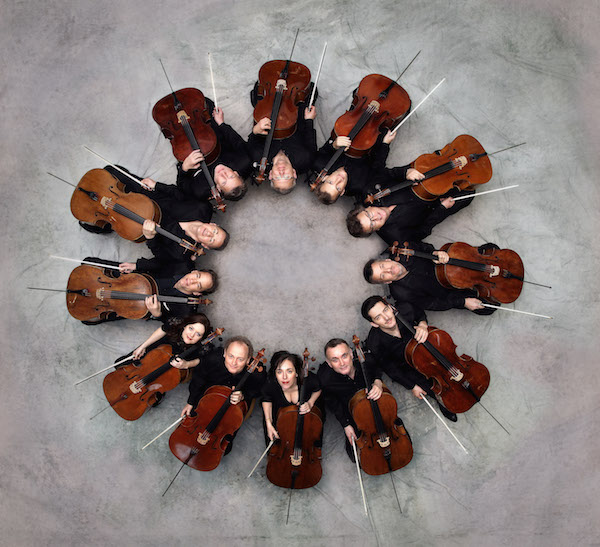 The 12 Cellists of Berlin Philharmonic to wow Hengqin

Every orchestra may well have 12 cellos, but attempting to “clone” the 12 Cellists of the Berlin Philharmonic – the world’s foremost cello ensemble, aka “The 12 Cellists” – is a formidable ask.

The oldest and most outstanding chamber music ensemble of the Berlin Philharmonic, the 12 Cellists will demonstrate their all-cello talents on 6 July 2018 at the Zhuhai Huafa & CPAA Grand Theatre, located in Shizimen CBD.

In 1972, twelve Berlin Philharmonic members were invited to play Hymnus, written by German cello professor Julius Klengel for his 12 students. The radio production was widely popular among the media and public. This became the impetus for founding a solo ensemble of that formation.

Though the individual members of the 12 cellists have changed since then, the standard of the group’s performance today is better than ever. Through years of practice, the 12 cellists – each of whom contributes a vital part of a musical whole – demonstrate their well-coordinated musical rapport and well-attuned intoxicating timbres on 48 strings, covering the tonal range of the human voice.

The 12 Cellists of the Berlin Philharmonic have wowed worldwide concert audiences with their remarkable playing and their exceptional tonal qualities. Whether they’re playing the classics, jazz, tango or contemporary, listeners are invariably fascinated by the wide range of exceptional and powerful timbres these 12 cellos can produce.

They have accompanied the German President as ambassadors of Berlin on official visits and been invited five times to give concerts at the Tokyo Imperial Palace in Japan. They also garnered Classical Without Borders accolades for their Hora Cero album at the 2017 Echo Klassik Awards ceremony.

This time, the 12 Cellists will favor Zhuhai residents with their interpretation of David Funck’s Suite, Frédéric Chopin’s Mazurka in C Major Op56/2, Gabriel Fauré’s Pavane Op.50, Herman Hupfeld’s As Time Goes By and many more.