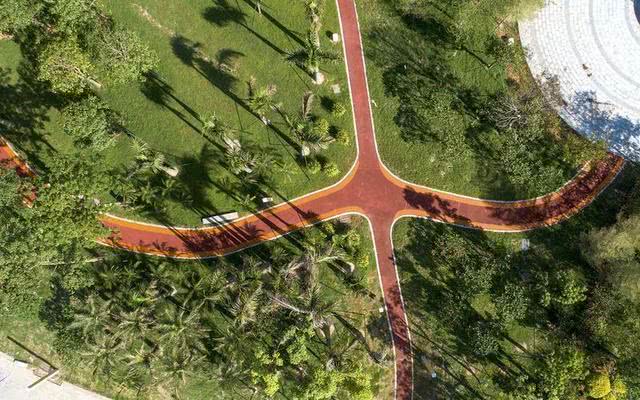 The community section of Tianmu River Park in Hengqin has opened to the public a year ahead of the rest of the facility.

The opened section covers one-fifth of the park’s designated zones which run alongside the 7.3 kilometer-long Tianmu River. It features a jogging path as well as sports fields and 217,000 square meters of trees, flowers and lawn. Decorative items include statues and carvings.

The Heart of Tianmu River Zone is the core area of the project and full of Cantonese style. The Artistic Zone is a modern art district while the China-Latin America Relationship Zone is design to exude exotic Latin American ambience, according to landscape and planning company Earthasia International Holdings Limited.

The whole project is expected to be finished in May 2019.