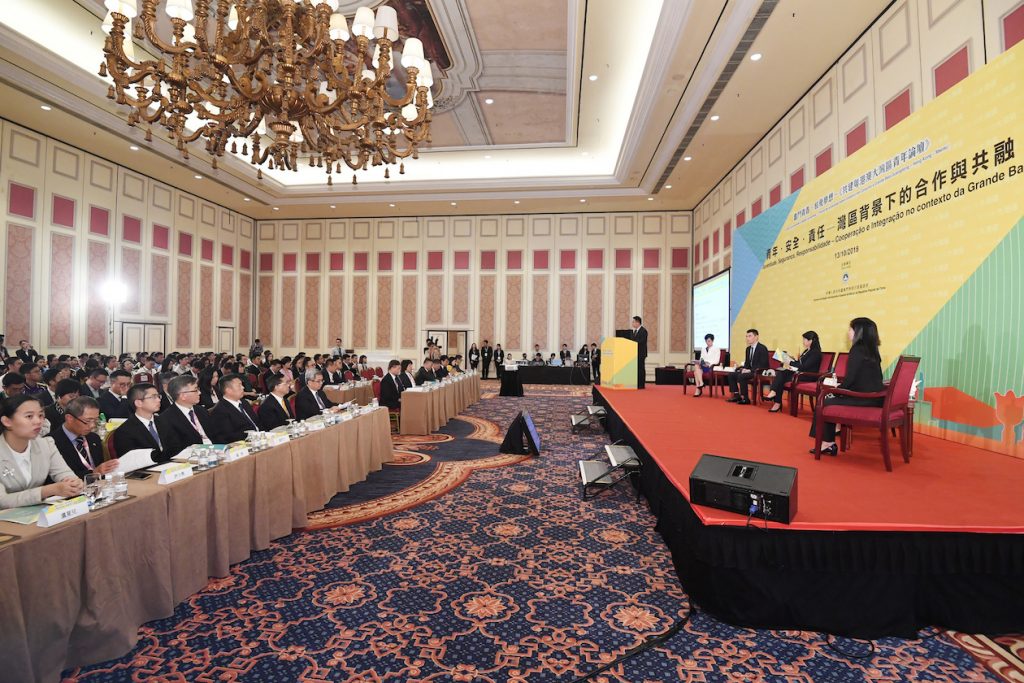 A two-day “Youth Forum on Jointly Building the Guangdong-Hong Kong-Macau Greater Bay Area” was held by the Macau government on 13 October 2018.

In his welcoming, Chui Sai On, the Chief Executive of Macau SAR, said that he believed the forum would serve as a new platform to bring unprecedented opportunities for young people in terms of their personal development.

In another speech, Director of the Hong Kong and Macao Affairs Office of the State Council, Zhang Xiaoming, stated that enhancing the well-being of people in the Greater Bay Area and creating more opportunities for young people was one of the primary intentions of the “city cluster” initiative.

Reviewing recent policies announced by China’s Central Government alongside the governments of Guangdong, Hong Kong and Macau, Zhang said the measures had created a stronger framework for young people from Hong Kong and Macau to study, work, start a business or live on the mainland.

Guangdong Province has built more than 860 incubators and dual-creation platforms in Nansha, Qianhai and Hengqin Free Trade Zone in order to support Hong Kong and Macau youth innovation and entrepreneurships.

Five parallel sessions were held simultaneously in the afternoon, with topics related to legal systems of the Greater Bay Area; innovation, entrepreneurship and employment; social security; cultural exchanges and cooperation; and transport connectivity.