eSports lands in Hengqin via the Demacia Cup 2018

The event was organized by Tencent Games, which purchased a majority share in Riot Games in 2011, and Zhuhai Da Heng Qin Investment Co Ltd.

Last December, a strategic cooperation agreement was signed between Tencent and the Hengqin Government to focus on big health, eSports, financial science and technologies, Smart City, data-based construction of tourist islands and more. The Demacia Cup is one of the results.

LoL is a multiplayer online battle arena video game developed and published by Riot Games and is widely recognized as the most played game in the world.

Released in 2009, it is distributed in China by Tencent Inc, the largest internet services company in China and best known for its QQ Instant Messaging client. 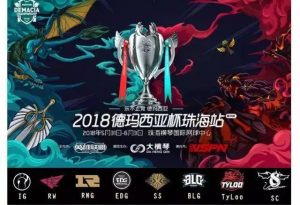